IMPORTANT INFORMATION FOR iPhone users when the next release goes:

For free users, I will be clearing out the entire database and starting it from scratch. Your alerts will not be carried over! You will need to re-add your current alerts in the beta and as well when it hits production! The reason for this is because of a previous bug with apple’s device token feedback service. The app is currently checking alerts for users who have deleted the app. This has been fixed in the new version, but was never an issue on the Android version. This will make the app faster for all users

The current interface was designed in 2015 when I was younger and less experienced. It was dated by 2015 standards, let alone 2022 standards! It has now been updated.

Also, some news on Facebook marketplace alerts down below!

Things to know when trying the beta release out

If you’re a pro feature user, please only install this on a spare device! Although I’ve done extensive testing, I can’t guarantee 100% reliability if you use this application to make money and miss out on a deal!

I will pick random devices to try out pro features. You could get lucky 😉

What will it require?

How will it work?

You will need to let a program run on your personal PC then send the found items to my server which then gets sent to your phone. Your facebook credentials will need to be entered into the program.

When will it be available?

After the most recent beta rollout goes smoothly. I expect February 2022.

Please email me or comment below if you have any questions 🙂

I ordered the core i5 model with 256 GB storage, it came with 8 GBs of RAM. I’ve had this machine for about a month. I choose to order the 16GB of RAM myself. In hindsight, I think I would’ve ordered it with the 16gb of RAM already OR ordered 32 gbs of RAM from Crucial. You don’t save any significant amount until you hit the 32gb mark.

Honestly, if you’re not doing any sort of work with Docker or VMWare or anything virtualization related, you’ll be fine with 8 GBs of RAM

What sort of work was run through the 2018 Mac Mini?

I found disassembly and reassembly to be fairly easy. It’s slightly nerve wracking to tear apart such an expensive machine, but there are no warranty screws to worry about, so worse case scenario was that I could’ve just returned it if something went wrong.

I would never order the 2018 Mac Mini with 128gb of storage. Even with putting my Win10 VM on an external SSD and my docker images, I’m using 89 GB of my 250 available. Because of the storage being non-removeable on the mini, I highly recommend you put large items on external media.

Disclaimer: I’d be more upset over the mac mini running too warm rather than thermal throttling. I’d rather my mini cut back power than run hot for too long. I’m expecting the 2018 Mac Mini will last me at least 7 years.

I use iStat Menus to control thermals, as Apple by default doesn’t activate the fan until far too late. You can create a rule for the fans to go full blast after 70 degrees

Watching 4k videos will bring temperatures up quite a bit. I made a sample youtube video showcasing temperatures. Watch the top right corner in this video

I ran a standard test project for iOS in XCode, my results as well as several other ones (including the core i7) is available here:

Which CPU should I get?

I personally believe the best valued CPU is the core I5 model. The core i3 model would probably do what I need just fine, but since I plan to get as many years possible out of my 2018 Mac Mini, I opt’d for the 6 core Mac Mini.

I personally believe with all the port options you’re given with this machine and the upgradeable RAM, that it’s still a pretty good value despite Apple’s price increase on this model. My only pet peeve is the lack of removable storage from the internal SSD. The best valued option is for sure the core I5 model with 256GB of storage, and then to purchase the RAM from Crucial.

Is there anyway to get it cheaper?

I was in the position of creating unit tests for a custom web api, and needed to wipe all data in a table before I run my tests.

Remove range takes IENumerable as a parameter. Which is why when you pass it an entire collection, it’ll straight up delete all entries.

After verifying both my build server and development machine were running the same version of Xamarin, I noticed a slight hint at the end of the message

I fixed it by updating Xamarin.Forms and Xamarin.Build.Download in both my Portable project and the iOS project and it built just fine 🙂

Effective right now, I will be extending the frequency of checks from the five-ish minutes that users experience now to 12-ish minutes. You will still have your six standard alerts.

I will be offering a pro service to get 45 second checks AND extend the amount of alerts you’re allowed to have to 15 for $65 a month. Please contact me for this service!

Other not as fast but maybe just as good for you plans are:

$40 for every two minutes

The people interested in this service will be people who make a lot of money off Kijiji, I realize it’s not for everyone.

Why? Are you selling out?

But hear me out… how much money do you think this app makes a month in ad revenue?

I make five bucks a month.

This app took 5 months to make as I had to learn how to program for iOS, and I get five bucks a month to show for it. 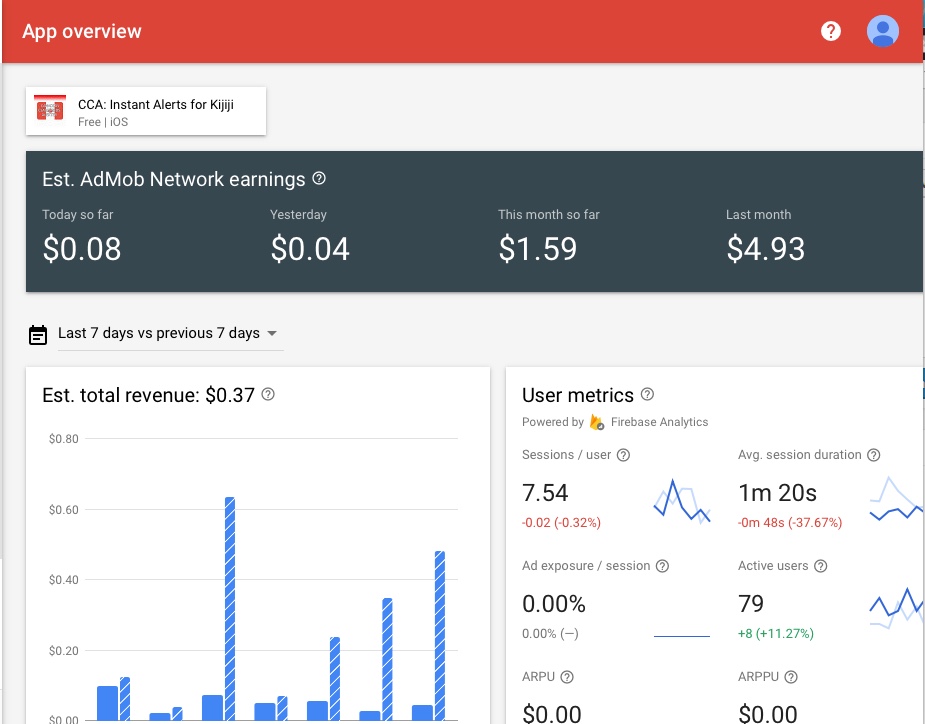 What are my costs associated with this app?

Not including server upkeep and the initial cost of building the server, it costs me $25 a month to run this service.

I lose money every month by providing this service.

Do you have any other good news?

Thanks for reading everyone 🙂

If you began to implement Google’s API V3 of their In App Billing Service, and switched to android-inapp-billing-v3 made by anjlab, you might get this error message

The reason this is happening is because you have the same library in there twice. Once from before, and again when his library adds the same files.

The solution is simple, delete the aidl folder in your <project>/app directory. Clean, then rebuild and it will work! 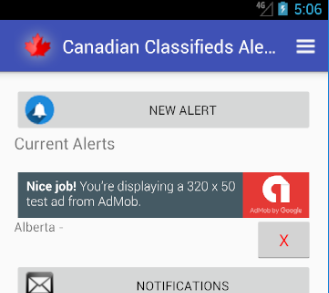 Create a menu layout in the menu directory of the res folder, reference it in your activity, and program functionality to each menu item.

If the folder “menu” doesn’t exist in “res”. You will need to create it. See below: 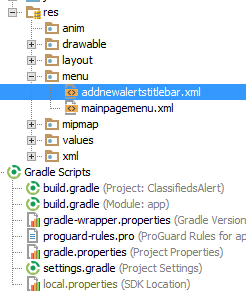 You’ll need a hamburger icon, which you can obtain off google images anywhere. I also have icons on each menu item. The end result looks like this: 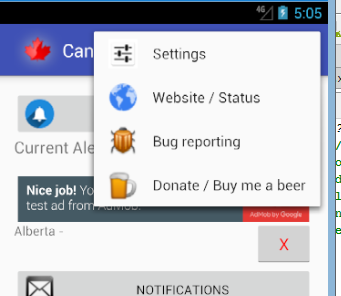 We’ll need to make the hamburger expand on click, so create the following method

You’ll notice that in the XML file, I have an onClick property that refers to a method we haven’t implemented in this java file. We’ll add the methods to the file now (The method will need to accept a Menu item!)

That’s it! That’s how you create a very simple Hamburger menu!

To backup your VisualSVN repositories, you will need the following

Step one. Create a text file and change the extension to .ps1

Step two. Add the following lines to the file

You will need to do this PER project! Hotcopy can only copy to an empty directory, so we delete the contents of the directory first then copy the newest code to the directory. Save the file and exit

Step three. Use Windows Task Scheduler to run the script automatically for you.

That’s it! Your VisualSVN projects will now automatically be backup for you!

Xamarin.Forms – iOS/iPhone – Detecting if user said no to push/remote notifications

I assume if you’re reading this, you’re familiar with dependency injection in Xamarin Forms. What you’d create in your portable project (Your Xamarin Forms application) is the following

In your Xamarin.iOS project,  implement the interface with the following:

In your main activity for your Xamarin.Forms application, perform the check as follows:

Fairly simple stuff! For my code above, replace mainlayout with whatever you want… a dialogue box, disabling/enabling menu items… it’s entirely up to yourself!

If you want faster alerts, message me!

Monthly pricing for pro version is as follows:

Sidenote: Don’t ever assume I know about a bug. If you’re having an issue, I need to know!